The fact is that covid is not some political problem. It’s a virus. And the government doesn’t need to be involved. But we already knew that.

“There’s no federal solution to this,” Biden confessed. And if only he would’ve stopped there, we’d finally have a morsel of truth from the president. Instead, the president passed the buck to the state governments, in hopes they can finish us off, once and for all.

President Joe Biden, speaking to the nation’s governors, conceded Monday the steps he took earlier this year to scale up testing capacity for Covid-19 weren’t enough to meet demand as a wave driven by the highly transmissible Omicron variant crashes across the country.

“It’s not enough. It’s clearly not enough. If we’d have known, we’d have gone harder, quicker if we could have,” he said while joining a weekly virtual meeting between state leaders and members of his Covid-19 response team.
He said long testing lines over the Christmas weekend “shows that we have more work to do.”
Biden’s recognition of the testing shortfalls came a week after he laid out an enhanced strategy for combating the new surge focused heavily on accelerating testing and vaccinations.
The new steps, which included ordering 500 million at-home rapid tests that Americans can obtain for free, came too late to avoid disruptions to winter holiday plans. Thousands of flights were canceled as airline staff tested positive. Many Americans downsized their plans amid the viral spread. Biden’s new tests, and the website where Americans can order them, won’t be in place until next month, the White House has said.
Biden noted in his remarks that private insurers will soon be obliged to reimburse Americans for tests. But he said those steps weren’t sufficient as the Omicron surge drives caseloads to record levels in areas of the Northeast.
“We have to do more. We have to do better, and we will,” Biden said.
Social Media Christmas Sale Kevin Jackson
BUY NOW

I know, close down America. Fauci already tried to get us to cancel our Christmas plans, for a variant that isn’t making anyone seriously ill. Now, he’s calling for New Year’s Eve to be canceled. In fact, why doesn’t he just save himself a little time? Fauci can go ahead and call for Valentine’s Day, Easter, Mother’s Day, Father’s Day, Fourth of July, Labor Day, Halloween, Thanksgiving, and Christmas to all be canceled.

Why don’t we just go ahead and completely cancel 2022 before it even starts? We can close the schools and the banks. Also, we can create a fake coin shortage and food shortages. We can hide the world’s supply of toilet paper.

Next, we’ll come up with some Greek names for the upcoming strains, and fake vaccines to stop them. We can turn a blind eye while children die from these death pokes. After which, we will reinstate all the mask mandates and up the unemployment payments for those too scared to go to work. Last, but not least, we’ll pass out more stimulus checks. If we follow the plan, we can bankrupt the entire country by 2023. Then, China won’t even want to own the president anymore. Because he’ll be as useless a tits on a boar hog. Actually, he already is. 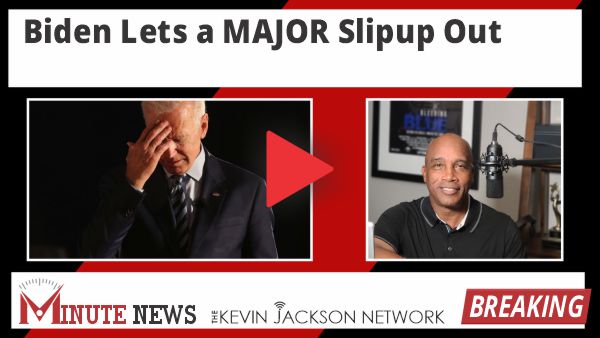