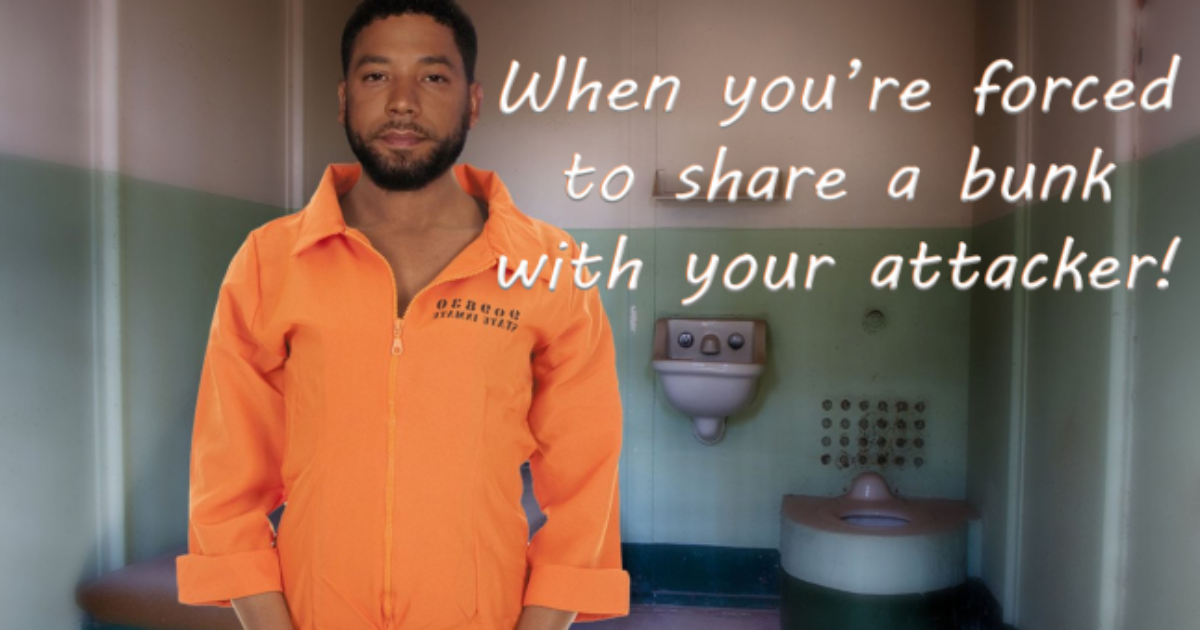 We often hear the term “white privilege”. Because the political pimp industry created the term and now lives lavishly off the outcome.

White people all over America succumb to the term, even stupidly taking on the burden of their ancestors.

But while there may be some privilege to being white, what we most definitely have in America is “Black Privilege”.

For example, the election of Barack Obama.

I’m not picking on Obama. Just highlighting a truism that all of America recognizes. But there are other examples.

Take Kyle Rittenhouse. He would be in prison if he had shot three black men versus three white men. Derek Chauvin would be a free man had he not shot drug-addicted counterfeiter George Floyd.

But perhaps the most egregious showcase of “Black Privilege” occurred with Jussie Smollett.

The Cook County investigation into district attorney Kim Foxx’s handling of the Jussie Smollett case found that she committed “substantial abuses of discretion and failures” in the course of investigating and prosecuting the hoax hate crime.

The judge subpoenaed Foxx, her top deputy Joseph Magats, and Smollett himself in April 2019 to appear in court to testify to the hoax Smollett staged and to illuminate some of the “irregularities” in Foxx’s treatment of the case.

The state later appointed a special prosecutor to probe Foxx’s decision after text messages revealed that Foxx was commenting on the case with her deputy after she was no longer involved in the investigation. She had formally recused herself from it due to circulating allegations that she had a personal conflict of interest with the Smollett family. Later, Foxx tried to clarify that she had not recused herself “in the legal sense.”

But the report takes issue with Foxx’s reasoning in dropping charges against Smollett, mentioning the new evidence that was introduced that made pursuing the case more urgent.

The report also showed that Foxx often communicated via phone calls and text with Jurnee Smollett, Jussie Smollett’s sister, for at least five days after Foxx was informed that the Chicago Police Department had launched an probe into the actor for making a false report.

Now the question is “What’s next?”

Will Smollett go to jail for his extremely costly fraud against the police and the Empire ignoring public? Not likely. Why? Because he’s black. Or half black. Who knows. But what we do know is that no court is going to punish the black man on a global stage such as Smollett created.

The biggest part of his crime is dishonesty. And as of his trial, he still tried to pretend he didn’t set this whole thing up. Even though he admitted under oath that he masturbated in bath houses with one of the brothers. And he texted them messages of support and solidarity after they were picked up by the police. Still, Smollett desperately clings to his lies. What does that tell you?

It tells me the washed up actor learned nothing from this escapade. It won’t be long before he breaks another law and cries “poor pitiful black man” as his defense.

And the sheeple will bow down again, because they’re too scared to admit that white privilege doesn’t hold a candle to black privilege. You can bet leftists devour that fear like the scum-sucking bottom-feeders they are. Then they regurgitate it, pack it up, and sell it to the next guy too scared to stand up for the truth. White privilege is nowhere near what it used to be. In fact, that light skin is quite the cross to bear in the world of wokeism.