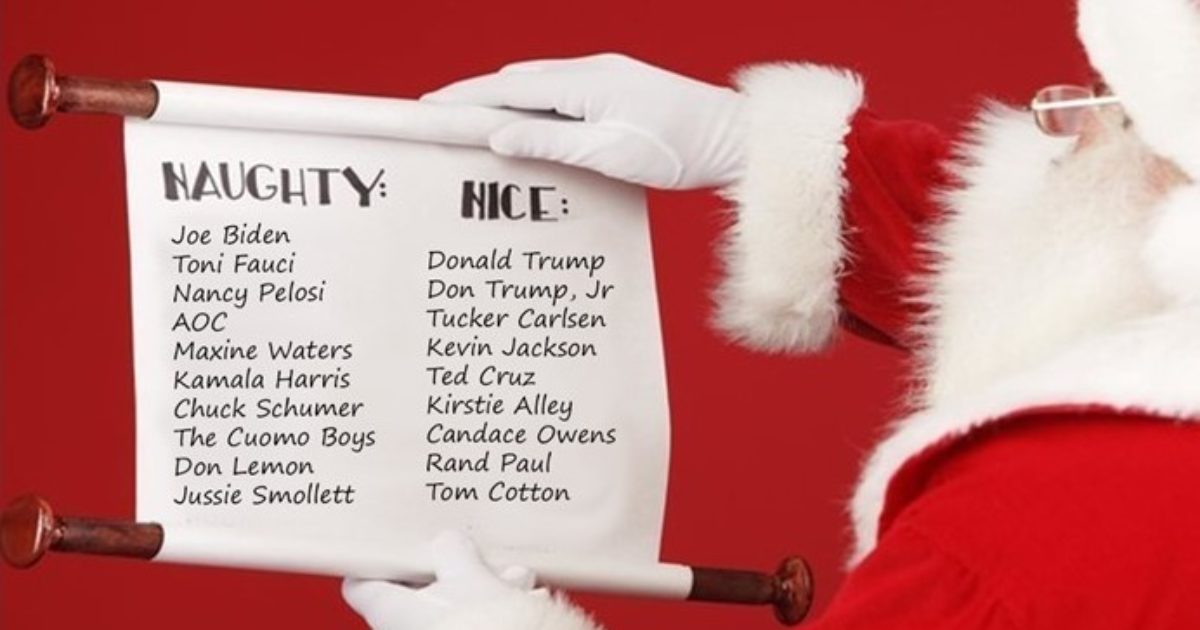 Isn’t it hilarious when leftists are forced to face their own hypocrisy? Especially when it’s someone like Dr. Fraudci, who prides himself of being the foremost expert on the WuFlu.

Actually, there was a time when Fauci went around spreading the WuFlu truth, but don’t take my word for it. His “expert opinion” was preserved on Twitter for all posterity. Just watch this video, and let it sink in for a moment.

I yield to no one in admiration of Dr. Fauci. But this comment from January 21 should be kept in mind by those accusing anyone in the U.S. of failing to act in time against Covid 19. Watch it all the way through: pic.twitter.com/wCBHT1wfdr

“Right now, I don’t see that changing tomorrow or next week,” Fauci, the nation’s top infectious disease expert, said in an interview with CNN’s Kate Bolduan. But, he added, “my own personal opinion …. it’s going to be a matter of when, not if.”

Still, Fauci noted that the definition of what it means to be fully vaccinated is a matter of semantics. What matters is the emerging evidence that a booster dose offers more protection than the initial series.

Fauci’s comments came shortly after Pfizer and BioNTech said preliminary data showed that the newly discovered omicron variant was partially able to escape the antibodies found in people with two shots of the vaccine, leaving them vulnerable to infection.

Yes, according to Fauci, this booster is necessary to stave off a variant that is hard to recognize due to it’s extremely mild symptoms.

As Kevin Jackson recently pointed out, just the word is meant to evoke fear in your heart. Omicron sounds more like the latest Transformer, destined to take on Optimus Prime. But it’s more like a sweet little kitten who just wants to snuggle up with you.

According to The Telegraph, the South African doctor who first alerted authorities to the presence of the COVID-19 omicron variant reported that it presents “unusual but mild” symptoms.

Unusual but mild? Like breathing or sneezing? I joked on my radio show that something as simple as taking a deep breath will be considered a symptom of some version of Wuflu. How ridiculous this scam has become.

“Their symptoms were so different and so mild from those I had treated before.”

It presents mild disease with symptoms being sore muscles and tiredness for a day or two not feeling well. So far, we have detected that those infected do not suffer the loss of taste or smell. They might have a slight cough. There are no prominent symptoms. Of those infected some are currently being treated at home.”

A slight cough? Perhaps a slight cough is, wait for it…just a sight cough?! But given the notoriety one gets from discovering new versions of Wuflu, why not say that symptoms of cold or flu is a new version of Wuflu?

My bet is Dr. Coetzee realized this when she discovered this new and improved version of Wuflu. Another one for the record books.

Meanwhile, Fauci has taken to LYING to children.

As The Hill explains:

…Fauci told USA Today that Santa Claus is “good to go” after he received his booster shot.

Noting that while Santa has “great innate immunity,” he told the newspaper that “this year he is even more protected because he has been fully vaccinated and boosted.”

“Santa will be just fine and is good to go,” he added.

It’s a crying shame that Fauci would sink so low. Everybody knows Santa’s not a leftist. And he doesn’t fall for blatant lies. I suspect Fauci just landed himself on the naughty list.