Brandon Brown made quite the bold statement last week when he unveiled his “Let’s Go Brandon” sponsorship for the 2022 season. And let’s be clear, NASCAR was happy to approve the sponsorship. At first.

These suckers personify hypocrisy. Recall, anything anti-Trump was praised. Hailed as brilliant artwork at the very worst. TV shows could slip in slide remarks against Trump. I recall watching “The Good Fight.” Typical lawyer drama, with a little extra flare for the dramatics. Except the characters all morphed in anti-Trumpers (minus one black conservative), and the comments were relentless. I didn’t see conservatives try to shut the show down. And if they did, no one paid them any attention, as the show continued anyway.

However, heaven forbid anyone step-out in support of Trump. Or worse yet, in pointing out that we have a clown for president. But I have a feeling that’s exactly what just happened. Last week, news of the new “Let’s Go Brandon” coin sponsoring Brandon Brown lit up the airwaves and the interwebs. 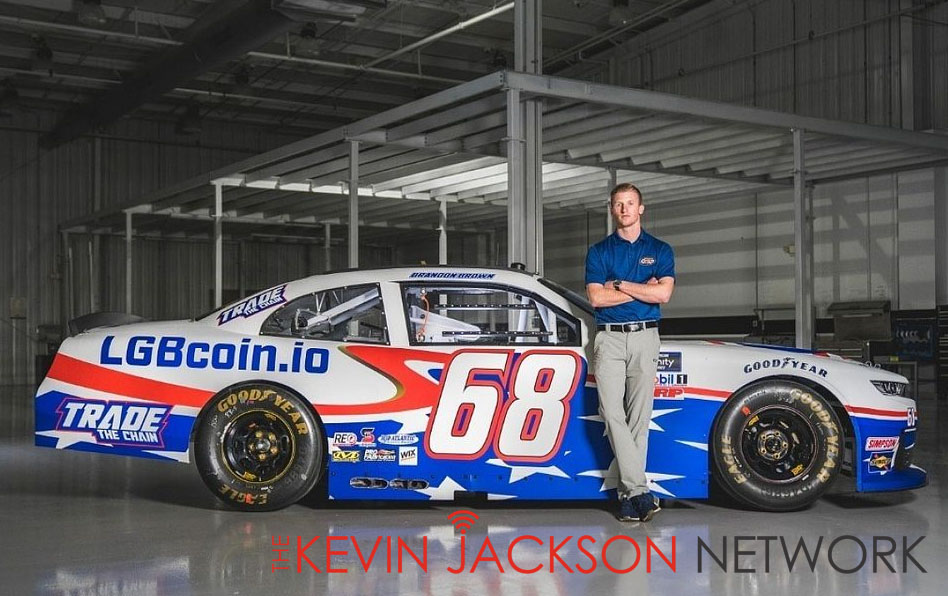 It was the start of a beautiful friendship. But I believe leftists just had to throw in their two cents, and it worried the guys at the top.

According to Fox Business News:

Brandonbilt Motorsports announced its partnership with LGBcoin on Dec. 30, and said that the cryptocurrency meme coin’s logo would be displayed on Brown’s Chevrolet Camaro for all 33 races of the NASCAR Xfinity Series.

However, Brown’s spokesperson Maxwell Marcucci told FOX Business that NASCAR pulled back its approval of the sponsorship deal on Dec. 30, after the partnership with LGBcoin was announced.

“After the announcement went live on Thursday morning, NASCAR acknowledged to us late that afternoon that we had received approval but that they now needed to discuss this at a higher level,” Marcucci said.

A NASCAR spokesperson told Motersport.com that Brown’s team “jumped the gun” by announcing the partnership on Dec. 30.

Marcucci says that NASCAR’s statement runs “counter to facts of the situation.”

In a statement provided by Marcucci, Brandonbilt Motorsports received approval on the sponsors from a NASCAR Racing Operations official on Dec. 26.

According to the statement, the approval of the partnership was “unambiguous” as an opening portion of the email from the official said “The sponsors are approved…”

The statement acknowledged that the NASCAR official offered feedback on a minor graphic design change “to ensure legibility on the track at 170mph.”

We will continue to work with NASCAR and look forward to resolving this matter and clearing the air as soon as possible,” the statement read.

I suspect the minor change isn’t the real problem. Let’s get real here. How many times has NASCAR felt the need to make public statements about minor graphic design details? I’m sure these little nuances pop up all the time. The problem here is that a magnanimous movement against the President of the United States will be on full display at every NASCAR race.

I’m willing to bet the NASCAR fanbase is 98% right wing. So why fear the pushback? If anything, “Let’s Go Brandon” will likely pull in new fans. In fact, the new cryptocurrency is seeing quite the gain.

According to Coinbase, the LGBcoin has increased in value by almost 50% over the past seven days.

In the Brandonbilt Motorsports press release, James Koutoulas, LGBcoin “HODLer” and founder of Typhoon Capital Management said that he hopes individuals hear “Let’s Go Brandon” when thinking of the coin.

“We are proud to support Brandon this season, to help him continue his American dream,” Koutoulas said. “If we do our job right, when you think of us, and you hear, ‘Let’s Go Brandon,’ you’ll think and feel, ‘Let’s Go America.’”

Brown will debut his partnership with the LGBcoin at the NASCAR Xfinity Series season opener at Daytona International Speedway on Feb. 19, according to the press release.

In an Op-ed, Brandon admitted he’s not a real political guy, but that he is a Republican who does vote and now finds himself with a duty to stand up for everyday Americans.

“I understand that millions of people are struggling right now and are frustrated. Struggling to get by and struggling to build a solid life for themselves and their families, and wondering why their government only seems to make it worse. People have a right to frustration – even anger.”

He added, “I hear them, even if Washington does not,” and that he plans to highlight issues that matter to him and “the problems we all share as Americans.”

Just what America needs: a clear voice of reason. Even if NASCAR is nervous, they’ve got a real winner on their hands.