In a digital age, it seems kind of silly to take the time to handwrite a letter or a postcard, address an envelope, pay for a stamp, and then take that letter or postcard to the mailbox.

Then, you must wait two-to-three days (or longer) for that letter to get to its intended recipient. But then again who among us hasn’t felt special and appreciative when we do occasionally get that handwritten letter or postcard in the mail? And we appreciate it specifically because we know that, unlike an email or text, it actually took time and effort for someone to send us that letter or postcard.

I think that when it comes to being an Unhyphenated American, Coretta James can stand toe-to-toe (or side-by-side) with anyone, and I say this because she has done something extraordinary, and extremely laudable. Over the last four years, she has taken the time to handwrite over 4,000 thank you notes to the men and women serving in the NYPD. She’s also written similar notes to the law enforcement officers (LEO’s) in both Washington DC, and Philadelphia. 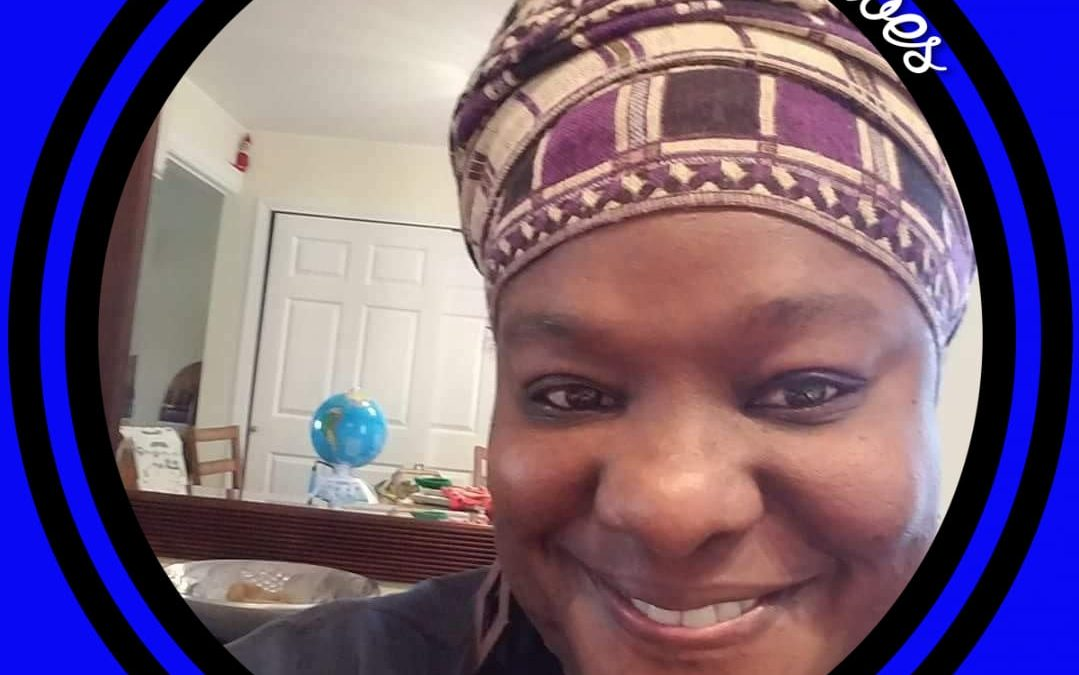 Proud to be an American

I’ve actually been connected with Ms. James for nearly a decade on Social Media. I went back and looked, and I realized that virtually everything she posts is about her love of America, and especially her support for the U.S. Military, our Law Enforcement Officers, and First Responders, like those in the Fire Department. The thing that’s even more interesting about Ms. James is that she’s not even a native-born American.

Despite not being a native-born American, Coretta exemplifies exactly what President Theodore “Teddy” Roosevelt said about being a good American. He said, “In the first place, we should insist that if the immigrant who comes here in good faith becomes an American and assimilates himself to us, he shall be treated on an exact equality with everyone else, for it is an outrage to discriminate against any such man because of creed, or birthplace, or origin. But this is predicated upon the person’s becoming in every facet an American, and nothing but an American…There can be no divided allegiance here. Any man who says he is an American, but something else also, isn’t an American at all. We have room for but one flag, the American flag… We have room for but one language here, and that is the English language… and we have room for but one sole loyalty and that is a loyalty to the American people.”

Coretta James grew up on the tiny Caribbean island of Antigua. Like most of the other Black people in the western hemisphere, Ms. James is descended from people who were sold as slaves in Africa, and brought to the west. Her ancestors were brought to the islands of Antigua and Barbuda by Europeans to work the sugar plantations, before slavery was finally abolished in 1834. The islands eventually became an independent state within the British Commonwealth in 1981. In 1989, Coretta left her home nation, and like Eddie Murphy in “Coming to America,” she decided to make her home in the borough of Queens.

Sometimes, just doing a little bit means more to someone, and does more for their spirits than any attempts to do big things could do. Coretta James is just one person, but one person can make a huge difference. John Chapman of Massachusetts was known as “Johnny Appleseed”, and history (or at least folklore) has attributed to him the existence of more than 100,000 square miles of apple orchards across Pennsylvania, West Virginia, Ohio, Indiana, and Illinois. While the story of “Johnny Appleseed” may have been embellished with certain unsavory parts being excluded, there’s no reason to embellish the good works of Coretta James, nor to exclude anything about her character or intentions. 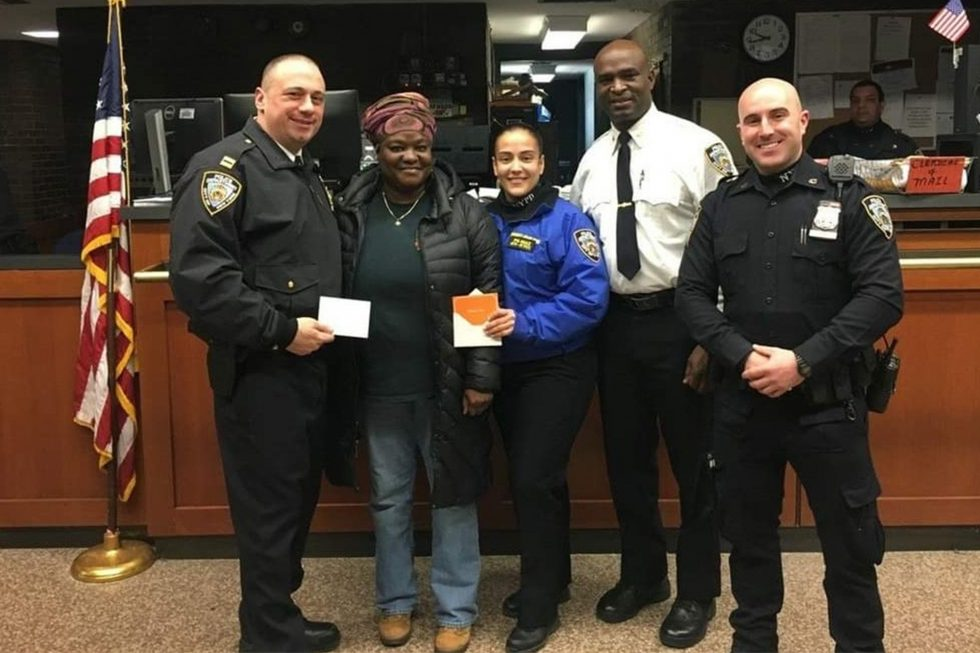 A few years back, while volunteering with the FDNY to send thank you notes to our military service members in Iraq and Afghanistan, she was inspired to also start showing appreciation to those closer to home, who were directly protecting and serving her in her community. Coretta noticed the tremendous increase in anti-cop sentiments being advanced by Leftists, and her anger stirred her soul to action. She saw that more than 5,000 uniformed NYPD officers retired because they were demoralized, and she realized that those brave men and women needed a little bit of encouragement. Many of them were the same men and women who put their lives on the line and worked untold additional hours when NYC was attacked on 9/11. Back then they were called heroes; and now they’re being vilified for doing the same job they used to be celebrated for.

I asked her how, as an immigrant, she managed to have such a positive attitude about America, especially as a Black person in America. I wanted to know how, at a time when it seems like the majority of blacks in America have disdain, or at least ambivalence, about being American, she has so much love and respect for America and police officers. She responded, “Well [coming from Antigua], we didn’t have people telling us we are victims and that we should hate America.”

While others are spending their money on self-indulgence, Coretta spends her money from her profession as a Nanny to go and buy packages of Hallmark or American Greeting cards. While others are spending their free time on pleasure and distractions, Coretta spends her time on the nights and weekends writing heartfelt thank you notes to those who would risk their own lives to save hers, without even knowing who Coretta is.

In Chapter 3 of the book of Colossians if the Holy Bible, it talks about the character of the “new man.” Someone who has become a new person as a result of coming to know the love of Jesus Christ. It speaks to how the Christian church should have no barriers of things like race/ethnicity, and how Christians should be building bridges to each other. Colossians 3:17 says “And whatever you do in word or deed, do all in the name of the Lord Jesus, giving thanks to God the Father through Him.”

I am sure that not every member of the 36,000 strong NYPD is a believer in Jesus Christ. But when over 4,000 of them have encountered the smiling face of Coretta James, and received her personalized heartfelt letters of gratitude, in that brief moment, they are seeing and feeling God’s goodness. It’s at that moment they get to know that, out of the nearly 8.5 Million residents of NYC, at least one of the residents of Gotham truly cares.