After over 19 months in “Twitmo”, I got released. Twitter sentenced me to jail for daring to question their “misinformation policy”, since the platform allowed blatant lies by the New York Times. 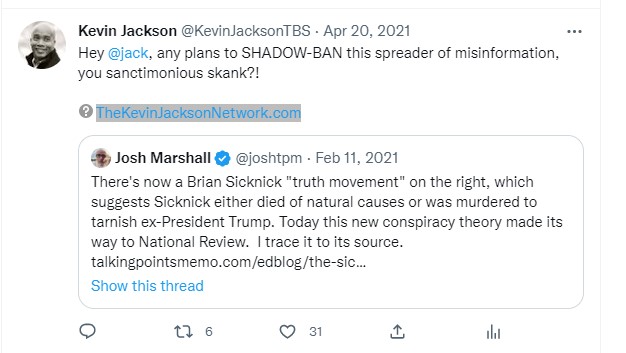 Regardless, I got kicked off but Twitter allowed Josh Marshall to remain on the platform spewing misinformation.

Leftist play the game like that. Leave the lying skank on the platform and remove the person who tells the truth. I know the rules of engagement, which is why the Musk takeover gave my team hope.

Melissa petitioned immediately to get our original account restored. Instead of the 400 people we garnered with a new account, we hope to to restore my tens of thousands of followers. Consider that it took about 2 years to amass 70,000 followers, only to be stripped of almost 20,000 overnight; then have my account completely banned. Worse, with the new account up for about 7 months, we were only able to acquire 400+ followers. So when you hear the term “shadow-ban”, that explanation explains how it works in my personal situation.

Then, account restored, my voice returned to Twitter, i.e. the world. My form of messaging could again reach an audience. I don’t care how large of an audience, necessarily as I have no control over that. Admittedly, I want to know that my message is well-received. I want the large following, but not for the wrong reasons.

I’m proud of my work and the work of my entire team. That work deserves to be mentioned with the growing number of social media influencers. We need that audience. And the social media giants know this.

The impact of losing my social media accounts and shadow-banning has cost my organization hundreds of thousands of dollars of real cost. Banning cost me millions in unrealized intangible costs. Because having millions of followers makes a person an influencer. And one can easily capitalize on that level of notoriety.

It didn’t take long for the residual Twitter Gestapo (“Twanks) to come for my account. I’m posting my first post-Musk 12-hour suspension. See if you can spot the infraction. 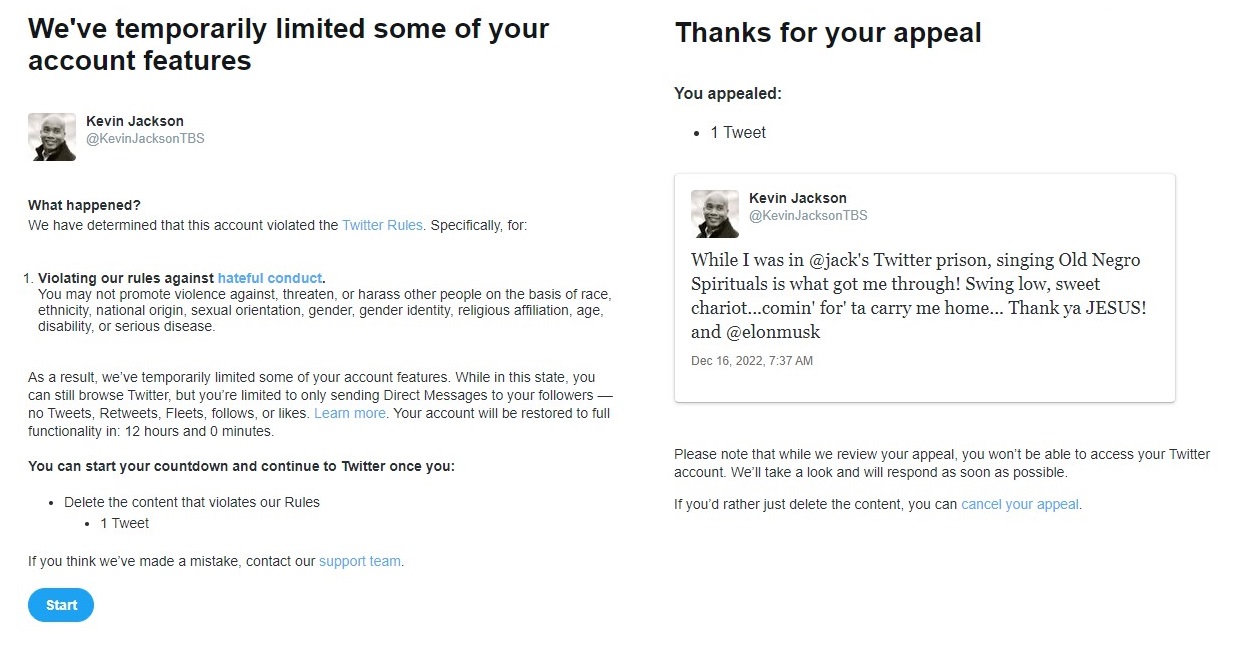 Of course, we appealed the decision. And we’ll let you know how it turns out. Hopefully, Musk spots the snake and takes a proverbial hoe to his head.