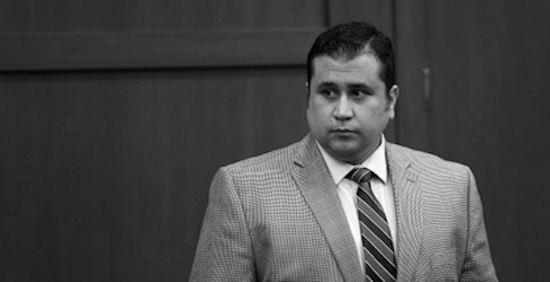 Although I’ve been rather quiet about the George Zimmerman case, I’ve had many opinions throughout the proceedings.

I’ve generally not wanted to talk about it because, overall, it is just a local crime story that’s gotten out of hand.  However, I shall talk about it in the aftermath.

I don’t want to re-litigate the trial or go through it in detail, but here are some passing thoughts on it:

Last Tuesday, I was “forced” to listen ABC World News tonight.  Diane Sawyer happened to be discussing the trial with a legal analyst, Dan Abrams. Abrams observed (accurately, as it turned out), that the failure of the prosecution’s case and the case presented by the defense dashed the idea that Zimmerman could be convicted of murder or manslaughter.

“It’s almost impossible to think how these jurors could follow the letter of the law, based on the evidence that’s been presented, and convict of EITHER murder or manslaughter”

Ms. Sawyer responded, seemingly flabbergasted, “Not even manslaughter?”  That moment, along with so much other coverage far worse than that, demonstrates the corruption of the media.

The media fanned the flames of racial tension and passion and in many ways are responsible for the protests and anger we’re seeing now.  They took a local tragedy and turned it into a racial war, where a half-black white-Hispanic man murdered a young man child in cold blood.

The media had much invested in their narrative of that night’s event being perceived as they viewed it and attempted to sway their viewers to see the case in that same light.

The aftermath of the case has seen all sorts of people suddenly view modern America as the America of the 1950s.  They assume that because a verdict in an over-hyped case did not go their way, Jim Crow is alive and well.  There’s even been talk of “white supremacy” cropping up.

I have to wonder, though…where does that put me?  I am not oppressed by Jim Crow nor a white supremacist. Comparing this verdict to a resurgence in either is a dangerous belittling of the history of both.

I think we all know about Rachel Jeantel’s disastrous testimony as the “star witness” for the prosecution.  What irks me more than anything she did, or the poor education she received, is her defenders.  What runs through these people’s minds?  It is truly disturbing when someone can outright say that her lack of education and poor attitude is part of her “culture,” as though that excuses her disrespectful behavior.

There have been many people on Twitter and elsewhere complaining about all the focus on the case, angrily asserting that it is not important.  I both agree and disagree with this opinion.

Agree because the specifics of the case do not matter so much.  It could any defendant or victim.  However, the case  was, and in many ways is, important.  Was the rule of law and the legal process going to overcome the rank emotionalism surrounding the case?  As the jury ruling shows, it did.

On the other hand, the announced plans of the Justice Department to potentially pursue civil rights charges against Zimmerman present another troubling aspect to the case.  Zimmerman has already been found not guilty by a jury.

However, the federal government is now stepping in to possibly press more charges.  If the DOJ barges in, it is further evidence of a government out of control, where if a criminal case doesn’t turn out the way the current Administration wants, it will continue to find charges to press until it gets the desired outcome.

As many have pointed out, the only reason this case garnered any media attention at all is that, on the surface, a white man shot a black kid.  The details did not matter, only the superficial scenario.  Most concerned about the Zimmerman case seem unconcerned about the epidemic of black-on-black violence rampant in so many of our cities.

What is the real concern: the condition of black people or the narrative of racism?

Right Report
Police Pulled A Car Over, What They Saw MESSED THEM UP [VIDEO]
America's Freedom Fighters