The University of Chicago to Allow Black Terrorist to Speak

Obama will emerge from self-imposed exile to make his first appearance since the election of Donald Trump. The University of Chicago invited America’s most noted terrorist to speak.

This public appearance ends his three months of silence, as Obama vacationed in the Caribbean and Palm Springs California hosted by many of his big name celebrity friends.

Obama will be speaking with young people on “community organizing and civic engagement”. That’s right, Obama returns the very job that gave him his start.

“This event is part of President Obama’s post-presidency goal to encourage and support the next generation of leaders driven by strengthening communities around the country and the world,” his office said in a statement.

People close to Obama say he does not intend on using these public appearances to go after his successor, Donald Trump.

“It’s not in anyone’s interest … for [Obama] to become the face of the resistance or narrate the Trump presidency,” one person said earlier this month.

This is a direct contradiction of events and information that has unfolded over the past three months.

In fact, right after the election, Obama loyalists openly spoke out against Trump. “Obama Anonymous” claims to hold meetings on how Obama can continue to command a formidable movement and potentially launch a serious defense of his legacy as a private citizen.

The resistance amazes many. Although Obama met his wife and started a family in his hometown of Chicago, that’s where the good news ends. The town Obama claims to love so much lies in ruins under his presidency.

“I think Barack Obama has ignored the black community for eight years, and now he’s coming to take a bow in Chicago while our neighborhoods are suffering from disinvestment and soaring unemployment,” said Ja’Mal Green. “We are seeing young black men getting gunned down at a horrific rate…and he has shown no willingness to seriously address these issues.” 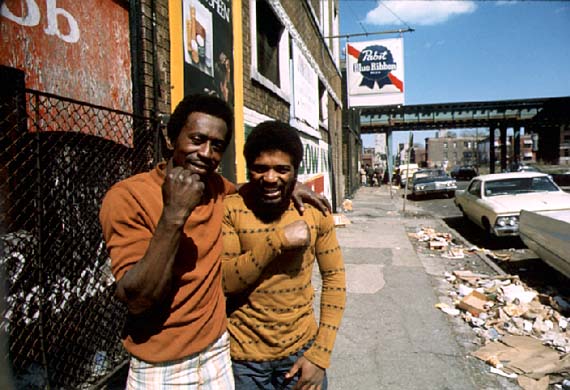 After 8 years of Obama, Chicago’s black community leaders have seen the light.

Many realize that despite the strict gun laws the Democrats wanted, the city’s death toll continues to skyrocket.

Other speak out against the Democrats failed policies that have left their cities impoverished.

“He’s going to go down as being one of the worst presidents ever.” Community leader Paul McKinley admitted.

As this new administration takes the reins it is clear just how dishonest and corrupt Obama really was, and with new information shedding light on these truths, his legacy of “hope and change” crumbles.

As we wrote of Obama and his destructive executive actions at the time:

That may be two questions, but either way, America has suffered mightily at the hands of Obama. And there are many American who believe Obama’s dismantling of America is indeed intentional.

As one report  read:

President Obama likes to claim he’s been forced into rogue executive actions, laying the blame on an intransigent Congress. In fact, his lawlessness is coldly calculated, dating back to his days as a Chicago community organizer.

Consider what he wrote on page 276 of his 1995 memoir, “Dreams from My Father,” reflecting on his decision to study law: “I had things to learn in law school, things that would help me bring about real change. I would learn power’s currency in all its intricacy and detail, knowledge that I could now bring back to where it was needed…bring it back like Promethean fire.”

Obama fancies himself a modern-day Prometheus stealing laws from the oppressive Founding Fathers for the benefit of the oppressed.

So what did Prometheus accomplish?

We wrote of Obama as an illusionist a while back. Frankly, nothing has changed.

Obama has enjoyed performing illusions on the political scene for quite some time, but he finally “got his own show”…You don’t become a master political illusionist and get your own show, unless you have invested quite a lot of time in your craft.

Take for example Obama’s record. It is a total illusion. As I and others have documented, there are no accomplishments. Just “ok” speeches from time to time. However with a slight tweak here and there, a ‘community organizer’ can become a civic leader. Slow, deliberate speech that says nothing, can be perceived as having enormous substance and impact. A record of accomplishing nothing can be perceived as the ability to accomplish anything.

Let’s examine a few more illusions that The Great ObamaCon performed while running for president:

Those were all pre-election shenanigans that Obama used to enrich himself.

But what of the aftermath?

And after the election, Obama added to his act with such illusions as:

You can catch Obama’s act in your town soon. But know that The Black Sphere and others are out there exposing his act.