It’s been a long four years. But our president has never waivered in his dedication to ‘We the People.’ And we are just weeks away from showing our fearless leader the fruits of his labor.

For those Democrats who thought covid-19 could take down Trump, this is going about as well as that whole Russian narrative did.

Now, Trump’s ready to hit the road again and rally the troops. He will appear in Florida Monday for his first rally since his covid-positive diagnosis. And leftists are flabbergasted. They thought for certain, the virus would do what no other leftist iniative has done- destroy the president.

In fact, Florida isn’t Trump’s only upcoming plan. He’ll be speaking from the White House South Lawn on Saturday. I guess its safe to say that Trump is back in the saddle again.

Ironically, the mainstream media seems ill-fated to repeat their 2016 mistakes. We keep hearing big names like Reuters and CNBC claim Trump is trailing Biden by four percentage points in early voting polls. But have we learned nothing from our showdown with Hillary Clinton? Because it ain’t over til the fat lady sings! And you can bet she’ll be singing Trump’s praises when it’s all said and done.

If you’re wondering how I can be so sure, I’ll give you three reasons.

After eight years of being thrown to the wolves by Barack Obama, our souls were weary. But Donald Trump gave us back our resolve. He rescued our jobs, brought back our corporations, cut the red tape and slashed taxes. Then he reformed our prisons, invested our tax dollars in the HBCUs that long struggled with being under-funded. All these things were accomplished under the umbrella of phony investigations and outright sabotage. And he didn’t take one cent from the US Treasury.

Second- Democrats are plagued by walk-aways.

It’s no wonder people are leaving the left in droves. When you have people like nutty Nancy Pelosi, Elizabeth ‘Pocahontas’ Warren, Crazy Eyes Adam Schiff, Mad Maxine Waters, AOC, or Bernie Sanders leading the party, who would actually want to stick around?

And that’s not to mention the problem Democrats face with black people. Mostly because the left assumes blacks will remain loyal sheep, blindly following along.

Democrats need the black vote. But what they really need is for blacks to want to vote Democrat. They need blacks to vote in large numbers. Enthusiastic voters.

As the saying goes, “Be careful what you wish for.”. Because blacks may very well vote in large numbers, just not for Creepy Joey Fingers.

I predict Blacks will vote for Trump in droves this election year; at least double the number from 2016.

Since joining the Black Sphere team, I’ve crunched a lot of numbers. I’ve read the polls, watched the news, and seen the surveys. But I promise you, none of this is as important as getting out there and looking at the people.

My neighbor texted me earlier this week. She wondered if I still stand strong in my prediction that Trump will win. Of course I do. Not only do I work for Kevin Jackson, who nailed the 2016 election early on, but I also pay attention to the people around me.

When I took my kids to the Texas coast for our annual beach vacation, the sea of Trump flags had grown ten fold. 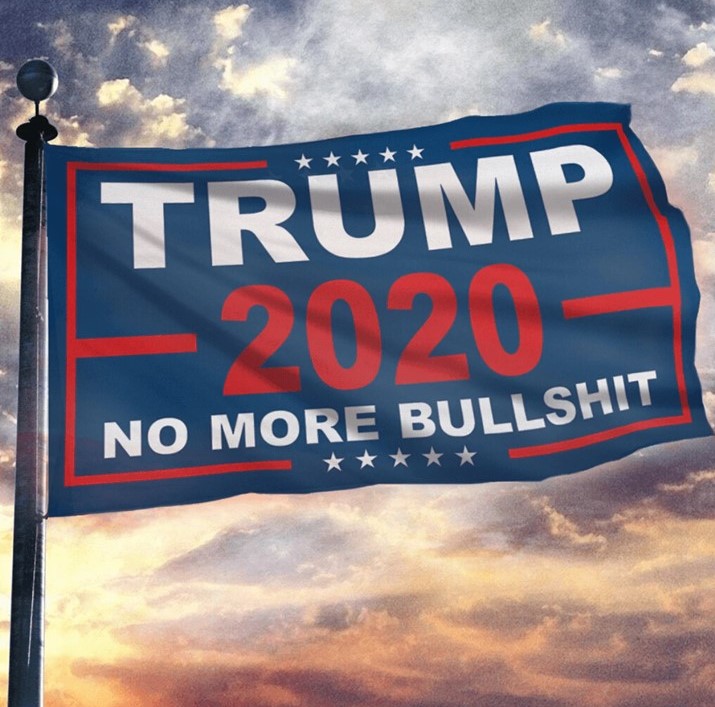 More recently, I’ve stumbled upon pop-up parades in Austin, Texas. Now this might be especially telling. For those of you who don’t reside in Texas, Austin is our most liberal city. In fact, their motto is “Keep Austin Weird,” and for good reason.

About a month ago, on an outing with my mom, we ended up joining a caravan around the city. 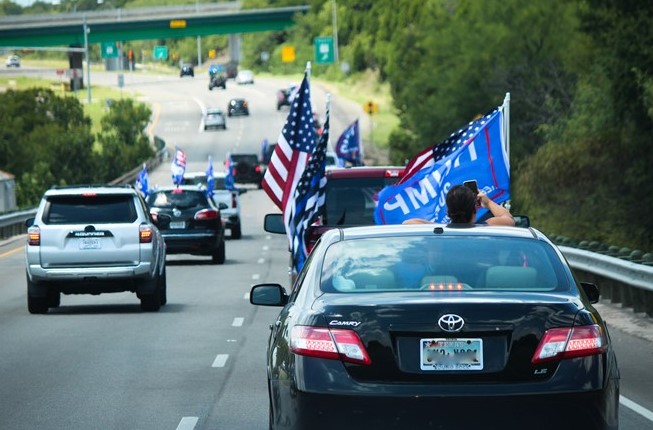 We were blown away by the sheer volume of vehicles circling the city, showing our President a little love. Of course, there was the one liberal who had a meltdown, but he was alone in his antics.

Now, this pop-up parade is a weekend event that will continue all the way through the election.

At this point, the left lies in utter defeat. All we have to do is show up and cast our ballots. But if you need a little reassurance that everything is going as planned, tune in Monday. Trump will be there to rally the troops, just as he’s done every day for the past four years.