The same man that demanded Trump’s acquittal during his first impeachment now shows his real colors.

Because it’s nearly impossible to spend decades in the Senate without being corrupted.

McConnell recognized one thing. President Trump was a force to be reckoned with. And landing in his crosshairs rarely ended on a high note. So, for as long as Trump ruled the Oval Office, McConnel tip-toed around the President.

What changed? Well, Democrats pulled off the most unlikely win of the century. We’re not allowed to say they cheated. If we do, the kind of social media brand us “public enemy #1” and stamp our articles with a scarlet letter. But consider this picture, and then you tell me what happened. 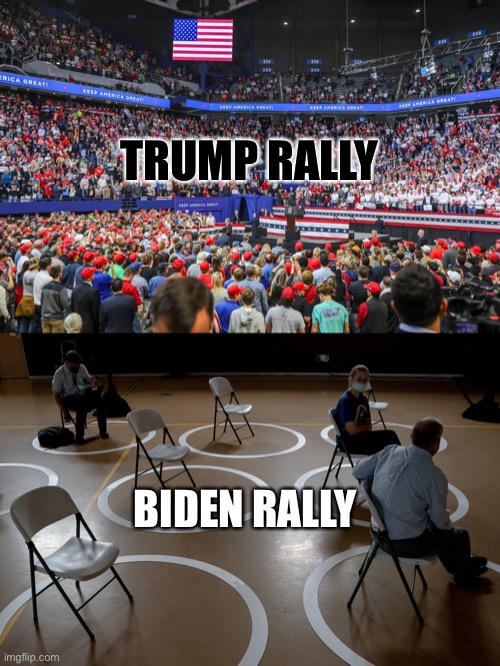 So why did McConnell switch sides? Well, that’s an easy one. He’s desperate to save face in front of the new powers-that-be. He’s afraid that if he doesn’t participate in Impeachment 2.0, he’ll be next on the chopping block.

Thus, McConnell joined the RINO’s and sided with the left.

Senators were sworn in as jurors to President Trump’s impeachment trial Tuesday as the Senate voted 55-45 to end debate on Sen. Rand Paul’s point of order arguing that the impeachment trial is unconstitutional now that Trump is out of office.

Senate Minority Leader Mitch McConnell, who has indicated he has an open mind on whether Trump should be convicted, voted against ending debate.

The Senate also passed its pre-trial organizing resolution 83 to 17, and the impeachment trial will be adjourned until Tuesday, Feb. 9, as Sen. Republican leader Mitch McConnell had been pushing for.

If you’re wondering why Democrats can’t just “let it go,” let me explain. They’re scared shitless. (I apologize to my mother for cursing, but there is no better word for these utterly corrupt liberals.) They know they were up to no good during the election. Further, it is clear that the truth will eventually come to light. After which, most of them will be up the creek without a paddle. And then what can they do?

The only chance these leeches on society have is to keep Trump from ever stepping foot in the Oval Office again. For now, we can hold on to some hope, as the constitution is clearly on Trump’s side. (But that doesn’t mean Democrats won’t do their best to work around the law.)

Rand Paul said he expected his resolution to prove there would be “no chance” of impeaching the president in the Senate.

“I think there will be enough support on it to show there’s no chance they can impeach the president,” Paul told reporters Tuesday. “If 34 people support my resolution that this is an unconstitutional proceeding it shows they don’t have the votes and we’re basically wasting our time.”

The Senate would need a two-thirds majority, or at least 67 votes, to convict the president.

Republicans have called to “move on” from impeachment now that Trump is out of office, adding that to continue pursuing the matter would further divide the country.

The Constitution says, “When the President of the United States is tried, the Chief Justice shall preside.” Chief Justice John Roberts let it be known that he would not preside over the impeachment now that Trump is no longer president.

Paul, in floor remarks ahead of the vote, claimed that the absence of the chief justice  made the trial unconstitutional. The Kentucky Republican said that without the chief justice present, the trial was “not a trial of the president but of a private citizen.”

“Impeachment is for removal from office and the accused here has already left office. Hyper-partisan Democrats are about to drag our great country into the gutter of rancor and vitriol the likes of which has never been seen in our nation’s history,” Paul said ahead of the vote.

Of course, we’ve come to expect Democrats to waste our time with pointless perusals of President Trump.

“Instead of doing the nation’s work with their new majorities in the House, Senate, and the executive branch, Democrats are wasting the nation’s time on a partisan vendetta against a man no longer in office,” Paul argued.

Paul argued on Twitter that “45 Senators agreed that this sham of a ‘trial’ is unconstitutional. That is more than will be needed to acquit and to eventually end this partisan impeachment process.”

Former White House Chief of Staff Mark Meadows predicted after the vote that the impeachment article was “dead on arrival.” He praised Paul and Republican senators for “standing up.”

Liberals Won’t Give Up That Easy!

If the past four years taught us anything, it’s that Democrats aren’t willing to latch on to logic. That’s way too much to ask of the looney liberals these days.

Schumer said that Paul’s assessment was “flat out wrong” and had been “completely debunked by constitutional scholars all across the political spectrum.” The Democrat leader said that Paul had left out Article 1 Section 3, where the Constitution states that officials can be barred from holding office ever again through impeachment.

“Judgment in Cases of Impeachment shall not extend further than to removal from Office, and disqualification to hold and enjoy any Office of honor, Trust or Profit under the United States,” the Constitution reads.

“If the framers intended impeachment to be merely a vehicle to remove a president from sitting office they would not have included this,” Schumer argued.

This is where we split hairs, now and forever.

Democrats say Trump incited a riot. That he encouraged violence. My opinion? Nothing could be further from the truth! Did Trump ask his supporters to march on Washington? Of course he did. Sort of like Hillary Clinton’s march? Well, no. Clinton knew Antifa was on her side. Trumpers never imagined Antifa would show up.

If fact, the majority of Trumpers sought to show up and make our voices heard. We wanted lawmakers to take seriously our concerns of the election. Did we want to see the Capitol vandalized? No way. And even more importantly, we never wanted to see anyone hurt.

The Trumpers I know watched the President daily. They followed Trump on social media before the Nazis removed him. Never did any of us understand the Commander and Chief to deploy our militant actions.

Yes, radicals showed up. And things got out of hand. But ask yourself one thing. Would things have gone down the same way if Americans felt heard?

As for McConnell, I have a newsflash for him.

Switching sides won’t save his ass. No matter how you slice it, he’s a liar. Either McConnell believes in the President and is now lying to make nice. Or, the senator believes Trump is toxic. Thus, he only defended the president to keep some skin in the game. And McConnell’s lack of loyalty won’t be forgotten the next time the ballot box is rolled out.

By then, the ugly truth will be known far and wide.